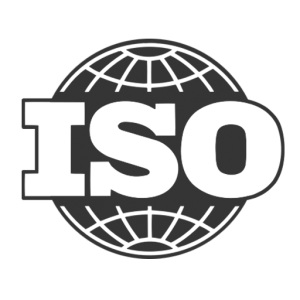 The International Standardization Organization (ISO) is a confederation of countries based in Geneva, Switzerland, whose function is to promote standards for products and services.
Meanwhile, ISO 9000 is a set of quality standards and continuous quality management, established by the International Standardization Organization. They can be applied in any type of organization or activity aimed at the production of goods or services. The standards include both the minimum content as the guidelines and specific implementation tools, such as auditing methods.

The history of this family of standards dates back to World War II. The absence of process controls and products in the UK set in motion the implementation and adoption of regulations. After the war, these inspections and checks begin to form part of an emerging concept of “quality” that began to emerge. At that time the term “quality” was associated with “conformity.”
In the late ’50s the United States developed a scheme establishing requirements that was named “Quality Program Requirements” MIL-Q-9858. This scheme became the first quality standard to be applied in the military.

Subsequently, the National Aeronautics and Space Administration (NASA), promoted the development of the concept of “inspection” to include the concepts of “systems” and “procedures” to ensure quality. In 1962, the criteria that suppliers must fulfill to work with entities such as NASA were established.

By 1966 the saying “quality is for all” is highly promoted and in 1969 Canada establishes requirements for suppliers in the field of power generation. Moreover, in the US, Europe, and Canada, supplier qualification schemes begin to be applied, and in the 70s the third-party audit protocol arose when organizations began as a link between supplier and customer.

From that moment on, discussions about how to respond to the high demand to inspect, check, and ensure began in several circles. Only in the United Kingdom were there more than 17,000 government inspectors. In 1974 the regulation for Quality Assurance (BS 5179) was published, and in 1979 they obtained an agreement, and for the first time in the UK, a BS 5770 was published. This regulation is considered the forerunner of ISO 9000 and was adopted by the most countries, but the United States continued using MIL-Q-9858 and MIL-45208.

BS 5770 was a solution to “control” and not to “improve,” and in 1987 it became the ISO 9000 under the endorsement of the International Standardization Organization. Its greatest growth began with the 1994 version.

ISO 9000 1994 was primarily aimed at organizations conducting production processes and therefore its implementation in companies raised many problems. This encouraged the idea that these standards were excessively bureaucratic.

With the 2000 revision, we got a “lighter” standard, fitted to all types of companies, applicable without problems in business services (and even in public administration), with the end of implementing it and then, if they choose, be certified to the ISO 9001.